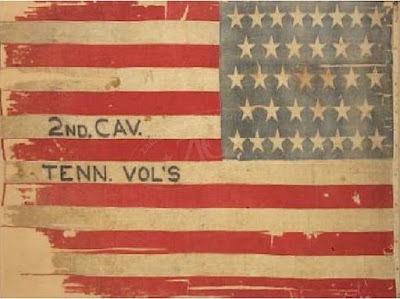 The Civil War tore many families apart, pitting brother against brother or father against son, as each rallied to the flag of the cause that captured his heart. My family certainly fits into that category. Perhaps you read the recent story I wrote about the four Speck brothers who fought for the Confederacy. One of them was my 3rd great grandfather. This story is about his wife's uncle and three son's, who fought for the Union.

When the Civil War came to Tennessee, David Hill Walker and three of his sons, Stephen, John and George, decided to join the Union Army, enlisting in the same 2nd Tennessee Mounted Cavalry on June 19, 1862 at Cumberland Gap. They were mustered in for a three year enlistment under the command of Colonel Daniel M. Ray. The unit was composed primarily of Southern loyalists from the East Tennessee counties. The Walkers lived in Campbell County. Before that, the family lived in Washington County, Virginia. David rose to the rank of Sergeant in Company D, while his son's remained privates throughout their term of service.

The 2nd Tennessee Mounted Cavalry particpated in the Battle of Stones River at Murfreesboro, which was fought from December 31, 1862 to January 2, 1863, the Tullahoma (or Middle Tennessee) Campaign from June 24 to July 3, 1863 and the Battle of Chickamauga, from September 18–20, 1863. 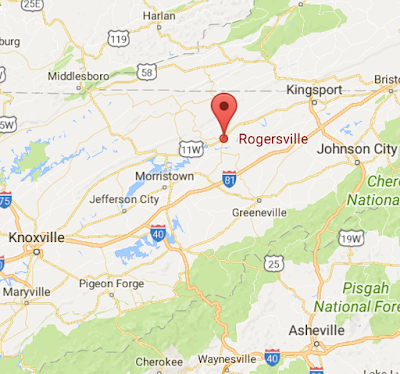 Following the Battle of Chickamauga, some 1,500 Union troops from the 3rd Brigade, 4th Cavalry Division and the 2nd Tennessee Mounted Infantry moved in and occupied Rogersville, Tennessee, the second-oldest town in Tennessee, and the surrounding area, and began filling warehouses full of winter provisions, attempting to establish a Federal foothold in East Tennessee for future operations. About twice that number of Confederates, made up of Jones' Brigade, 2nd Cavalry Brigade and the 8th Virginia Cavalry, surprised the federal forces on the morning of November 6, 1863 and recaptured the town, along with all of the supplies in the warehouses. The Confederates held the town for the remainder of the war.

Out of 893 soldiers from the 2nd Tennessee who participated in the battle, only five were killed, but 608, including David Walker and all three of his sons, were captured. While the commisoned officers were housed at Libby Prison at Richmond, Virginia, the enlisted men were incarcerated at nearby Belle Island Prison. Those who survived Belle Island were transferred to Andersonville Prison in Macon County, Georgia, when it opened in February of 1864. David Hill Walker and his sons were either paroled or exchanged as the war came to an end. 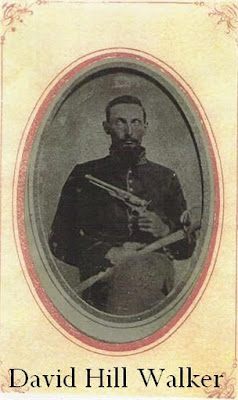