Eight months before President John F. Kennedy was assinated he made a visit to Arlington National Cemetery. It is said that he passed beyond the soldiers' graves and walked to the top of a hill. The story goes that as he paused there reflecting on the beauty of the area, he was quoted as saying, "I could stay here forever." 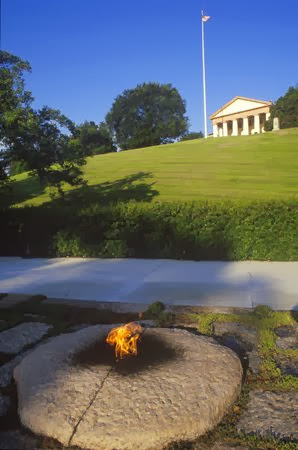