Country music's Jim Reeves was killed in an airplane crash on July 31, 1964. 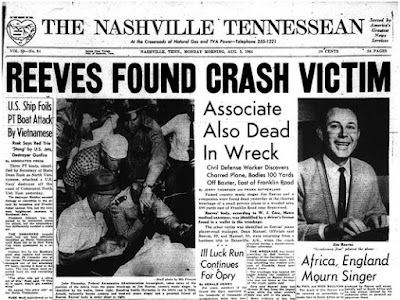 "The body of Travis (Jim) Reeves returned to Panola County Tuesday afternoon just before dusk, to be buried in a site that will become a memorial. The site is a two-acre plot located one-half miles east of Carthage on the south side of U.S. Highway 79 near the Liberty Chapel Baptist Church.Double funeral services were held for the well-known country music singer from Panola County and his companion, Dean Manuel at 2 p.m. Tuesday in Nashville, Tennessee.The two men were found dead in the wreckage of a private single engine plane 10 miles south of Nashville. Manuel was Reeves’ piano player and road manager and they were returning to their homes in Nashville from a business trip to Batesville, Arkansas.In an interview with Ray Baker, manager for Reeves, he told the Watchman of the accident as near as possible. The plane in which they were flying was rented from a Nashville airport and piloted by Reeves. He frequently flew on business trips and was a good pilot, related Baker. Less than ten minutes from their destination, Reeves radioed to the airport that they were flying in an extremely heavy thunder and rainstorm. The airport control tower later checked with Reeves—asking if he had passed through the storm. The answer was negative. Further attempts were made to contact the Reeves flight by radio—and all proved negative.The plane was reported down at 5 p.m. Friday, July 31. The light aircraft crashed in a wooded area about 100 feet behind a house just off U.S. Highway 31. A Tennessee highway patrolman reported that residents of the house were away at the time of the crash.More than 700 volunteer searchers, Civil Defense workers and police combed a 20-square-mile area for two days. Many of the searchers were Reeves’ friends and associates in the country music business. They included guitarist Chet Atkins and singer Eddy Arnold, Stonewall Jackson and Ernest Tubb.Marty Robins, a close friend of Reeves and also an entertainer, lived within a short distance of where the plane crashed and heard the roar of an airplane engine Friday evening and then a loud thud…as if it had plunged into the ground. When he heard of the accident and searching operations, he notified authorities of what he heard and informed them the direction in which he thought the wreckage might be located.The wreckage was located at 1 p.m. Sunday and the engine of the plane was partly buried and it was reported by Tennessee highway patrolmen that it looked as if someone had gone out and dumped some debris and trash. Reeves’ body was identified from a driver’s license taken from the wreckage.The governor of Tennessee, Frank Clements was a personal friend of Jim Reeves and provided a four-engine U.S. Air Force Strato-Cruiser plane from the National Guard to transport his body, family and associates from Nashville to Shreveport. Hawthorn Funeral Home ambulance transferred the body from Shreveport to Carthage Tuesday evening.Baker said that Reeves had experienced a phenomenal growth in popularity in the United States and Europe during the past ten years. Several polls had recently been taken in England, Holland and other European countries that placed Jim Reeves as the number one favorite singer of country music. The big friendly smile and rich baritone voice of Jim Reeves will be a memory in the hearts of several million people for a long time. Panola County will always cherish his memory as one of her finest gentlemen." 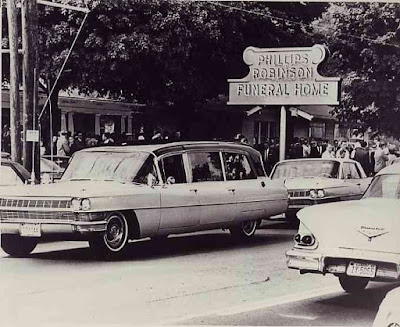 "CARTHAGE, TEX -- Country music singer Jim Reeves was returned to the red hills of his permanent home yesterday and the velvet-voiced singer drew his last packed house as some of the greats and near greats of the hillbilly field wiped tears from their eyes. Silent hundreds filed past his casket in the Hawthorn Funeral Home of Carthage all morning prior to the 3 p.m. funeral services for the singer who was killed last Friday in an airplane crash near Nashville, Tenn.Burial was in a private cemetery near Carthage where the 39-year-old singer once roamed the red hills of East Texas. The grave and memorial site is located just off the highway between Carthage and Shreveport.Gentleman Jim’s friends from throughout Texas and the musical world were here for the services and burial of the farm boy who sang and strummed his way to the top of the nation’s country and popular record lists in 11 tuneful years.The 400-seat Central Baptist Church, extra rooms and hallways were filled for the services. Extra chairs were placed in the aisles and halls, and those who could not find seats stood in the rear of the auditorium or outside the building.The estimated audience of 800 was silent throughout the 20-minute service. No songs were sung and only two organ selections were played: “The Old Rugged Cross,” and “What a Friend We Have in Jesus.”The casket was surrounded by huge floral wreaths, one shaped like a harp, another like a guitar, one like a baseball and several like a musical note.Another wreath made of orchid asters and orchid doty mums was placed behind the casket in memory of his 1942 graduation class at Carthage High School. A color photograph of the smooth-voiced singer rested at the head of the casket, which was covered with yellow carnations and bronze mums.Dr. V. L. McKee, pastor of the church, paid tribute to the sophisticated styled country singer, who picked up the nickname of “Gentleman Jim” as a boy.Dr. McKee said, “His good name did not begin with his fame. It began when he was a small boy growing up here in this community…. He was a gentleman as a boy and a gentleman as a man. That is about as fine a tribute that could be paid to any citizen.”His nickname followed him throughout his career because, “He always had a minute to stop and talk,” said Bill Deaton of San Antonio, who handled Reeves’ engagements in Texas.Deaton was among hundreds of Reeves’ business associates and relatives who attended the services.Reeves’ widow, whom he has been married to for 16 years was present along with his brothers and sisters. The Reeves had no children. Reeves’ mother of DeBerry was not able to attend because of illness.Also present was Dick O’Shoughnessy, one of the supporting stars in Jim’s hit movie, “Kimberly Jim” which was recently filmed in South Africa and scheduled to be released soon.Other musicians present were Dewey Groom of Dallas, Ed McLemore of the Big D Jamboree, Horace Logan, who was in charge of the Louisiana Hayride when Jim first rose to fame, Bobby Garrett, a former member of Reeves’ band, Ray Baker, his business manager, and Cindy Walker, who wrote many of Jim’s songs.Reeves’ popularity was not limited to the United States. His song, “I Love You Because,” currently ranked in the top five songs in Scandinavian countries and Ireland. His songs have made the top of the hit list for the past five years in South Africa, where he learned to sing to the people in their own language.Considered a standout as far as an individual is concerned to those close to him, Reeves and his wife were recently in San Antonio looking for a ranch to buy. He flew to San Antonio in the same plane in which he died only days later. 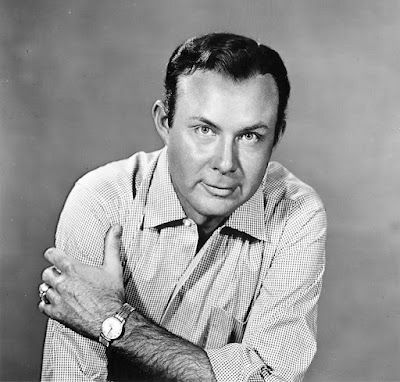