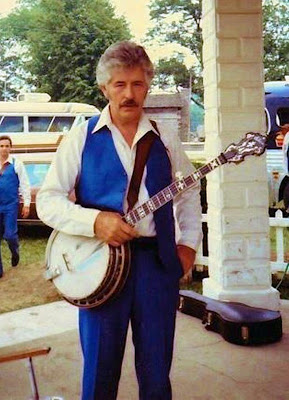 Wayne County, Kentucky native Don Parmley, a lifelong banjo player and patriarch of the legendary Bluegrass Cardinals, has died. He was 83 years old.

Born in 1933, Parmley’s family left Wayne County and moved west to California when Don was a young boy. There, he developed a fascination with bluegrass music and Earl Scruggs' style of banjo playing. In the early 60's, Don was a founding member of The Hillmen, which included future icons Vern Gosdin and Chris Hillman, along with Vern's brother, Rex Gosdin. 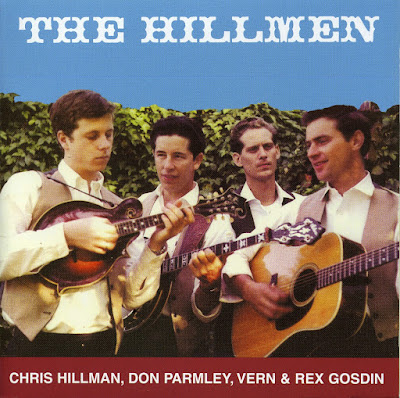 The Hillmen became popular in southern California, appearing frequently on television. While Earl Scruggs played the banjo on The Beverly Hillbillies theme song, Don played all the other banjo music for show.

In 1965, Chris Hillman left The Hillmen to join The Byrds. Vern Gosdin went on to become a major country music star and his brother Rex became a successful songwriter. In 1974, Don formed The Bluegrass Cardinals with his son, David, who was only 15 years old at the time. 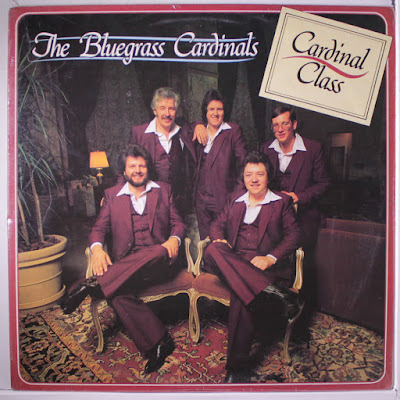 The Bluegrass Cardinals were together for 23 years, with many top artists joining him along the way, including the group's co-founder, Randy Graham, plus Larry Stephenson, Herschel Sizemore, Mike Hartgrove, Warren Blair and Don Rigsby. The group recorded a number of albums considered essential in the bluegrass canon. They are credited with being the first bluegrass band to record bluegrass gospel in a cappella. The Bluegrass Cardinals disbanded in 1997 when Don announced his retirement. 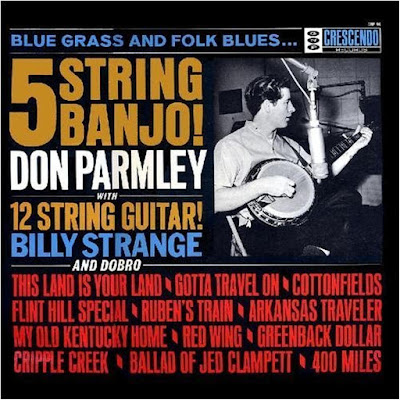 Don Parmley's lifetime contributions to bluegrass music are many and deserves to be officially recognized. A legion of fans and friends in the bluegrass community are left to mourn his loss. 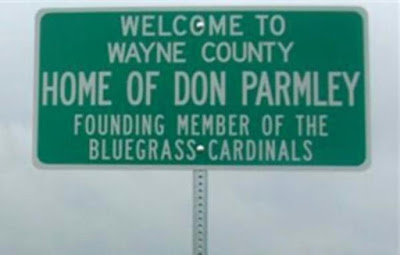 This sign greets travelers as they enter Wayne Co., KY on Highway 90.