Cecil Pryor was my Idol

When I was a young boy my dad tried to teach me how to play guitar, but I told him I wanted to play piano like Cecil Pryor. The son of a 5 string banjo picker and grandson of a church songleader, Cecil started out playing guitar, but his chosen instrument would later become the piano, and in 1960, upon hearing Floyd Cramer’s “Last Date," he decided it was so pretty he just had to play it. That song set Cecil on a course that would last the rest of his life.

"Last Date" wasn't just another song for Cecil Pryor. To him, it was a work of art, as if Rembrandt himself had walked into RCA Victor Studio B and said "where do I sit up my easel?" When Cecil learned how to play the song, he also picked up on Cramer's slip note piano playing style. It was a marriage made in Heaven. "Last Date" became Cecil's signature song and the piano became Cecil's way of life. He played it so well, I had always told him that some guy named Cramer had recorded HIS song, but that Cramer's version was no where near as great as Cecil Pryor's version.

Cecil and my dad, and their drummer, JR Byers, made great records at Norm Atwell's studio at Lafayette Tennessee back in the 1970's. They performed live together in many different places for several years, from the Cow Palace at Chattanooga, fronting Mel Tillis, to the Somerset Holiday Inn, where when Mickey Gilley and his entourage walked in to the lounge one night, the band, taking the cue from Cecil, started playing "Don't The Girls All Get Prettier At Closing Time."

Cecil still holds the record for receiving the most encores at the Lincoln Jamboree in Hodgenville. He and others, including founder Joe Ray Sprowls, were honored during the Jamborees 4000th show on Dec. 4, 2021.

Cecil Pryor was my idol. He was on the air at my family's radio station, WANY in Albany KY, for nearly two decades as Art Pryor. Myself and Cecil's fellow broadcaster, Al Cross, were honored to speak at his funeral service, which also featured Grammy Award winner Mike Farris, gospel and blues artist EmiSunshine and country music singer, songwriter and renowned guitarist, Lee Roy Parnell. 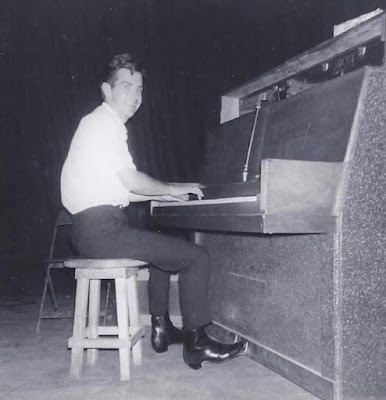