From Patriot to Pillory 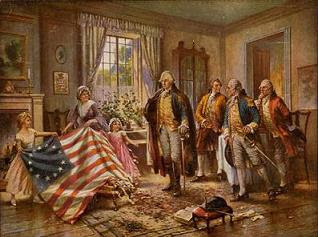 James Brock was born in England in 1760. His family soon migrated to America, and at the age of 16, James became a patriot of the Revolutionary War when he joined the North Carolina Continental Line. During the war, James served as a cattle butcher and as Assistant Commissary Officer in the State Militia. Following the war, around 1800, he married Mildred Crain and the two left North Carolina and settled near Spring Creek. He was one of the 13 original members who organized Clear Fork Baptist Church.

Unfortunately, things between James and the other members of the Church didn't always go so well. At the January 1805 business meeting, James applied to the Church for liberty to commune with other societies. The Church majority said no. In December of 1805, charges of false testimony were brought against him by fellow Church member Joseph Crawford. Four months later, Brock was taken notice by the Church for keeping up a charge against her by refusing to commune. At the June 1806 business meeting, Brock justified his conduct but still refused to commune and was exluded. It was at the July 1813 business meeting, where James was excluded from the Church for unfriendly treatment of his wife, and for profane language. That is the last entry for James Brock in Clear Fork Baptist Church records. At the May 1807 business meeting, Milly Brock was suspended for approving infant sprinkling Baptism). She was excluded from the Church the following month.

The story of James Brock does not end with his exclusion from the Church. Not long after he settled near Spring Creek, James joined the Overton County Tennessee Militia. He was with that company, when he fought in the War of 1812. He also served under General Andrew Jackson at the Battle of New Orleans. As far as ensuring that America remained the land of freedom and opportunity, James did his part. He was a patriot. But, he was also a horse thief. 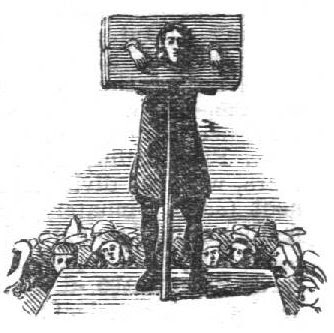 On March 12, 1817, James was convicted of horse stealing in Livingston, Tennessee. The court ordered he be imprisoned six months. It was also ordered that on the first, second and third days of the next county court session, he be placed in the pillory for the space of two hours each day and on the third day between the hours of 11:00 a.m. and 3:00 p.m., and that he receive on his bare back, twenty lashes. One of the punishments for horse stealing was to be branded, so it was also ordered that the letters H and T, which stood for 'Horse Thief,' were branded on the brawn of his left thumb. He was imprisoned in the White County Jail at Sparta until his punishment was carried out and until all court costs had been paid in full by him. 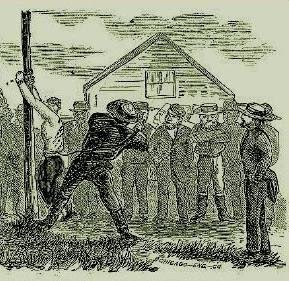 There is no record of when James Brock died, but his will was recorded at the Cumberland County Courthouse on June 19, 1831.