The Keeper of the Key 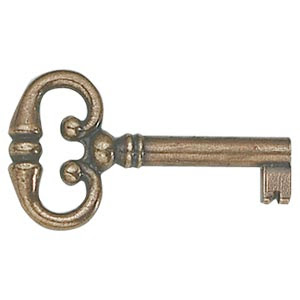 The Baptists were the pioneers of religion in Kentucky. They came with the earliest permanent settlers. In 1776,William Hickman, Sr. was the first to proclaim "the Gospel of Jesus Christ," in the valley of the Kentucky. He labored faithfully in the field in Kentucky for more than fifty years. The first organized Church was in 1781, Gilbert's Creek Church, a few miles east of Lancaster. After the close of the American Revolution, a flood of Baptists poured into Kentucky and churches began to spring up every where.

The Green River Association, lying in what are now Warren, Barren, Green, and Adair counties, was constituted in 1800, about the beginning of the great revival in that section of the state. It contained at first, nine churches, eight ministers, and about three hundred and fifty members. The very first year of its existence, it increased to more than one thousand members, and in 1804, it contained 38 churches, and comprised so much territory that it was deemed sound policy to divide it into three bodies. The middle portion of the churches retained the old name of the association. Those of the northern portion were organized into the Russell's Creek Association, and those of the southern portion were organized into the Stockton's Valley Association with fourteen churches, eight in Kentucky and six in Tennessee. John Mulkey had established what we now call the Old Mulkey Meeting House near Tompkinsville. Mulkey and two members of Clear Fork Baptist Church, Isaac Denton and William Wood, were the leading founders of the Stockton's Valley Association. Mulkey was chosen as moderator while Wood was chosen as clerk.

In 1808, the association had to exclude several churches and some very influential preachers for adopting the New Light and heretical views of Barton W. Stone and Alexander Campbell. One of those preachers who began preaching Campbellism was John Mulkey. His brother, Phillip, had been a member of Clear Fork. Some of her business meetings were held at his home. One of the reformation movements strongest advocates was Raccoon John Smith, whose family was the second to arrive at Stockton's Valley, and whose father, George, had been an original charter member of Clear Fork. Everywhere, Churches were rent asunder, friends alienated, preachers excluded, meetings disturbed, and the devil turned loose in general.

On the fourth Saturday in July of 1820, the Clear Fork Church record states: "The Church says she thinks it contrary to the rule given in the Gospel for members of her body to attend the ministry of John Mulkey or men in his standing and that it is improper to receive them in their meeting house or dwelling as ministers of the Gospel. The Church says she thinks Bro. John Wood ought to be reproved for his conversation respecting his attending of John Mulkey's preaching and the reproof is postponed until next meeting."

John Wood had kept the key to the Church building and could therefore admit anyone he chose to use the building even without the consent of the Church. There is no evidence that he ever did this, but the seriousness of the charge against him in regard to John Mulkey could not be taken lightly, so he appeared before the Church in August of 1820 and made acknowledgement to the Church sufficient that they withdrew their threat of reproof. At the same meeting, the record states, "At the request of Bro. John Wood, he is excluded from keeping the key to this meeting house..." All was quite for a several weeks, but all was not forgotten. At the December meeting, the record says, "John Wood and wife are excluded from this Church for treating the Church with contempt in withdrawing themselves from the Church."

Ironically, John Wood had married Sarah Crouch, who was the grandaughter of Isaac Denton, the first Baptist Preacher at Stockton's Valley. He was the first pastor at Clear Fork Baptist Church, laboring there for a total of 46 years.