The Story of Alexander Sproul 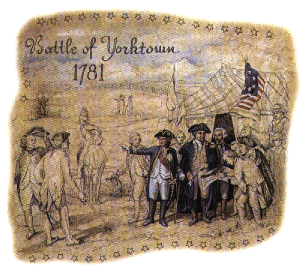 Alexander Sproul was born between 1758 and 1759 and grew up on his family’s farm in Augusta County, Virginia. During his childhood, his father, William, like others living in the colonies, complained of the taxes levied against the colonies by King George III of England. They all were forced to give up a large portion of their livelihood to others, and suffered from laws which had little relevance to everyday New England life. When the conflict turned to outright rebellion against the throne, Alexander’s community in Augusta County took up arms. Alexander joined the American continental army toward the end of the Revolutionary War. 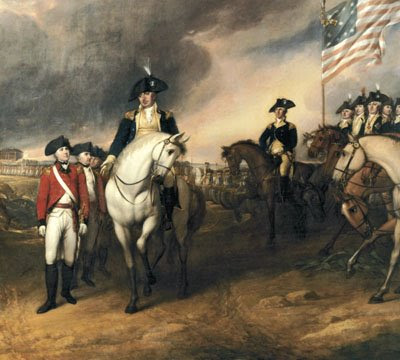 Finally, in October of 1781, the war drew to a close. Alexander found himself in a dramatic final conflict. General Washington’s troops, along with French allies under the command of the Marquis LaFayette met outside of Yorktown, Virginia and planned a surprise attack of Colonel Lord Cornwallis’s British troops, and on October 6th the trap was sprung. The French navy blockaded the river’s outlet to the sea, while the Americans cornered the British against the river. Of all the tactics, Cornwallis sent black slaves infected with smallpox into the American lines in the hopes of infecting them, but it didn't work. Cornwallis surrendered on October 19th. 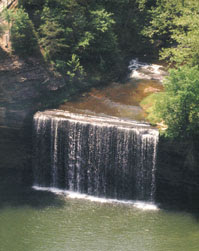 Toward the end of the conflict, Alexander became ill and was left stranded, unable to make the trip home because of his fatigue. His brother James took a wagon to Yorktown to bring him back home. Alexander returned to his wife, Jane, the first of November 1781, lay sick for some period of time, and eventually recovered. Life began anew for the couple. They conceived and bore nine children. With the increase in the size of the family, the small farm was unable to support them all. Many of their friends and family felt a similar pressure, and moved into Kentucky, where land was available for the taking. So, in the early part of summer 1805, Alexander Sproul and his family headed west on the Appalachian trail into the Kentucky wilderness, where he used his land grant to purchase 396 acres on Indian Creek just north of Stockton's Valley.

Even though the war was over, the British continued to insult and torment the people of the United States. Britain refused to withdraw from the Great Lakes region and provided arms and encouragement to the Shawnee and other Indians in that area. War was declared on June 18, 1812. Alexander and his 17 year old son, Joseph, joined Captain William Wood's company at Stockton's Valley and they headed north. At the Battle of the Thames, Alexander took the scalp of an Indian whom he had killed. On the way home, in the Pickaway Plains of Ohio, he became seriously ill, possibly with malaria. Major Wood saw that Alexander would not be able to make the journey, so he left him there with Joseph by his side. Realizing that he would not recover, Alexander sent the scalp home to his family. Twice Alexander Sproul had been in battle and twice he had been left ill along the side of the road. But, this time, there in the Pickaway Plains, Alexander Sproul died at the age of 55. Joseph returned home to Indian Creek and helped his mother take care of the family farm before eventually marrying and have a family of his own. Alexander's farm was sold at public auction to Cornelius Maguire Connor on July 23, 1822. Jane Sproul died on June 10, 1847 at the age of 94.

Adapted from: Sproul's & Barrier's of Virginia, Kentucky and Missouri.

To learn more about the Sproul family click here.

Note: Cornelius Mcguire Conner was born in April of 1802 and died in 1864. His father, Lawrence, had migrated to America from Ireland. When George Washington settled in his winter quarters near Morristown in 1776, he sought more soldiers from Virginia. A number of regiments were formed, including the 12th Virginia Regiment of which Lawrence was a part of. That regiment was encamped at Valley Forge for most of 1778. Lawrence participated in many revolutionary war battles. He was wounded at the Battle of South Camden, the same battle where my ancestor, Jacob Speck, was killed.
at December 01, 2008

Email ThisBlogThis!Share to TwitterShare to FacebookShare to Pinterest
Labels: Battle of the Thames, Battle of Yorktown, Lord Cornwallis