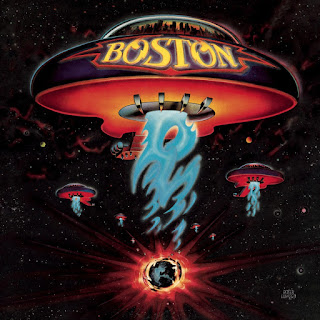 The date was Saturday, Nov. 20, 1976. The place was Municipal Auditorium in Nashville, Tennessee. Until that night, the only thing I knew about Boston was their song, "More Than A Feeling," was getting lots of airplay on radio and was a hit. I had also heard, "Smokin'" and "Peace of Mind."

That night in Nashville, they performed all of their debut album live. It had only been out a little over three months (August 8, 1976), but had attracted a lot of publicity because of the unprecedented record sales by an unknown act, the groups unique sound, specifically the layered guitar parts, and singer Brad Delp's amazing vocals.

What we did not know that night in Nashville was that Tom Scholz had played all the instruments on the album except drums. There had been a conscious effort to de-emphasize him as the total mastermind behind the band.

Boston fronted Foghat that night, but it wasn't long before they became the headliner and, within a short time, established itself as one of rock's top acts.

The debut album, Boston, ranks as one of the best-selling debut albums in U.S. history with over 17 million copies sold. Additionally, the album peaked at No. 3 on the Billboard 200 and remained on the charts for 132 weeks. 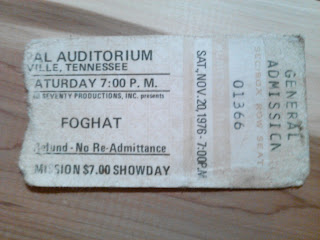