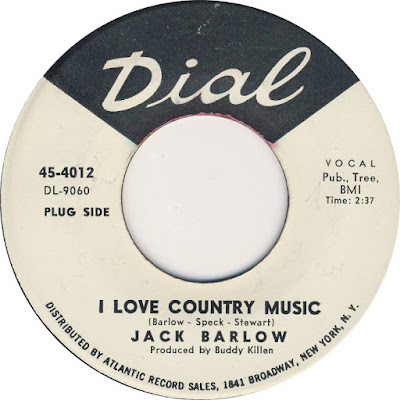 "I Love Country Music" by Jack Barlow (Dial Records/4012), written by Jack Barlow, Darrell Speck (my father) and Charlie Stewart, and produced by Buddy Killen, was on the Cash Box Country Top 50 chart for nine weeks in 1965, beginning the week of Aug. 21st and ending the week of Oct. 16th. It peaked at #21 the week of Sept. 25th.

The song was a take off of the Tareyton cigarette commercials, which featured men and/or women models sporting a black eye and delivering the line "I'd rather fight than switch." 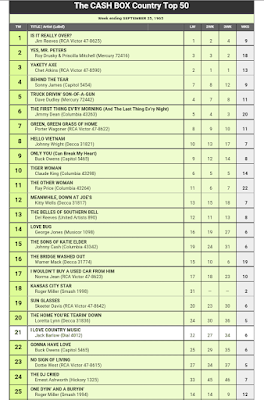 Barlow sang the song on the stage of the Grand Ole Opry on November 8, 1965.