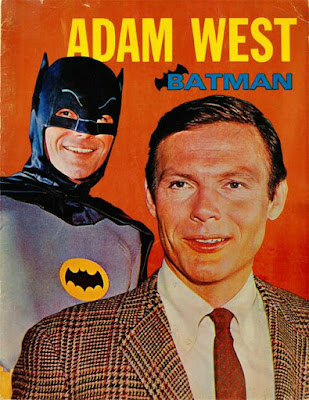 R.I.P. Adam West, the only Batman to ever get it right.

Based on the DC comic book character of the same name, Batman also starred Burt Ward as Robin – two crime-fighting heroes who defended Gotham City from a variety of arch villains. Filled with intentional comedy and upbeat music, the TV show was aimed largely at a teenage audience. This included championing the importance of using seat belts, doing homework, eating vegetables, and drinking milk, etc. It was described by executive producer William Dozier, who was also the narrator, as "the only situation comedy on the air without a laughtrack." 120 episodes aired on ABC for three seasons, from January 12, 1966 to March 14, 1968, twice weekly for the first two and weekly for the third. 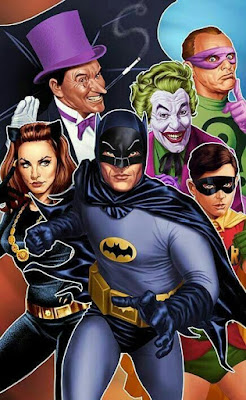 Among the villains were Cesar Romero was the Joker, Burgess Meredith was the Penguin, Frank Gorshin and John Astin played the Riddler, Julie Newmar and Eartha Kitt were Catwoman, Victor Buono was King Tut, George Sanders, Otto Preminger and Eli Wallach were Mr. Freeze, David Wayne was Mad Hatter, Vincent Price was Egghead, Cliff Robertson was Shame and Milton Berle was Louie the Lilac.

Chief O'Hara: "Will you be wanting extra police protection?"

Batman: "No thank you, Chief O'Hara. This time I think Robin and I better go at it alone. Any large contingent of police officers might create unnecessary confusion.

More theme music and then...

Batman: "Hold it right there, Joker!" 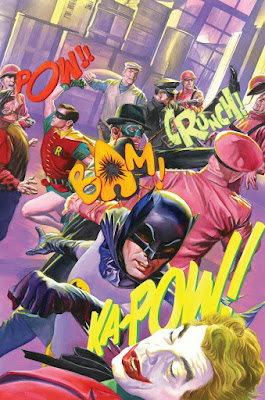 Robin: "Great work, Batman, but where'd you get a live fish?"

Batman: "The true crimefighter always carries everything he needs in his utility belt, Robin."

Robin: "You can't get away from Batman that easy, Joker!"

Robin: "And Joker, if you want to pollute any more water, you'll find plenty where you're going -- up the river!

Narrator: "Is this the end for the Joker or will he have the last laugh? Will Robin ever finish his grammar lessons and what day does the lunch special include fish? Find out tomorrow. Same bat time, same bat channel." 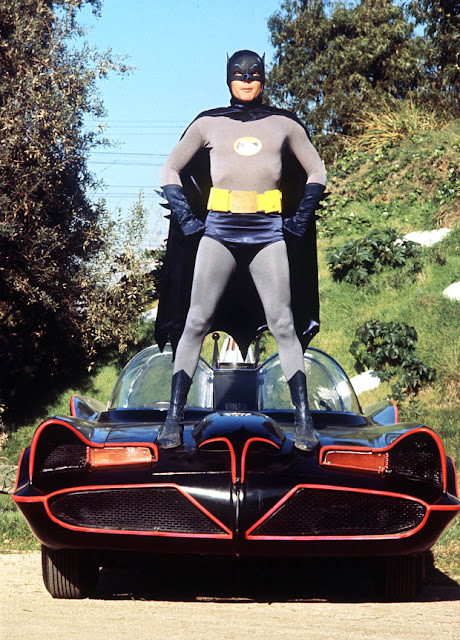