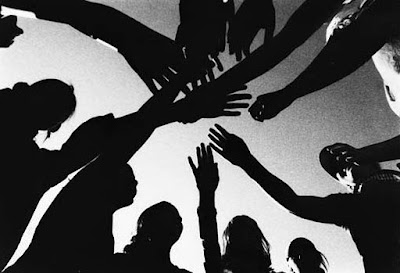 Songwriter Wilbert Harrison said it best when he wrote "Let's Work Together," which was a hit for him as a singer in 1969, and an even bigger hit the following year for the group Canned Heat.

"Together we stand, divided we fall
Come on now people, let's get on the ball
And work together
Come on, come on let's work together
Now, now people
Because together we will stand
Every boy every girl and a man"


"Let us not be blind to our differences, but let us also direct attention to our common interests and to the means by which those differences can be resolved. And if we cannot end now our differences, at least we can help make the world safe for diversity. For, in the final analysis, our most basic common link is that we all inhabit this small planet. We all breathe the same air. We all cherish our children's future. And we are all mortal."

There is so much strife and indifference in the world right now. Why can't we all just get along?

Come on now people, let's get on the ball and work together!