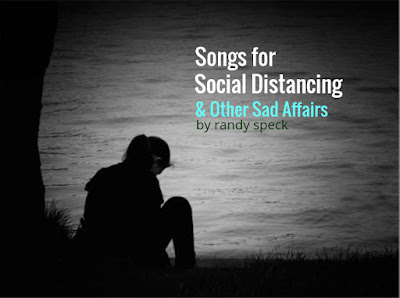 Lonely songs can be a source of comfort when you are sad or depressed because it triggers positive memories that can help to lift our mood. A 2016 study suggested that perhaps we feel better about ourselves if we focus on someone who's doing worse than we are. On the other hand, it might make one feel worse. I hope the latter is not true in this case, as I present you with a top 10 list of my favorite songs that are about being alone or isolated. Maybe, it will help you during this unprecedented time of social distancing. *Disclaimer: I am old school.

10. "One" (1969) - Three Dog Night. "One is the loneliest number that you'll ever do. Two can be as bad as one. It's the loneliest number since the number one." Written by Harry Nilsson. He wrote the song after calling someone and getting a busy signal. He stayed on the line listening to the "beep, beep, beep" tone while writing the song. The busy signal became the opening notes of the song.

8. "Lonely People" - America (1974). This song was written by Dan Peek as an optimistic response to the line in "Eleanor Rigby" that I mentioned above. He said "Lonely People" is a message of hope. "This is for all the lonely people thinking that life has passed them by, Don't give up until you drink from the silver cup and ride that highway in the sky." He said "It's possible to drink from another's well of experience and be refreshed."

7. "Hard Times (Who Knows Better Than I?)” - Ray Charles. He sings the song with a kind of distracted dejection about the problems in life. Originally recorded in the 1950's, the song was released in 1961 after he’d left Atlantic Records for ABC Records and worldwide superstardom. "My mother told me 'fore she passed away, Said son when I'm gone don't forget to pray 'cause there'll be hard times, Lord those hard times, Who knows better than I?

6. "Ain't No Sunshine" (1971) - Bill Withers. Stephen Stills is playing guitar on the recording. Instead of lyrics for the third verse, Withers repeats the phrase "I know" twenty-six times. He was a factory worker making toilet seats for 747's when he wrote the song.

5. "The Sound of Silence" (1964) - Simon & Garfunkel. A demo of the song led to the duo signing with Columbia Records. Written by Paul Simon. Art Garfunkel summed up the song's meaning as "the inability of people to communicate with each other, not particularly internationally but especially emotionally, so what you see around you are people unable to love each other." "Hello darkness, my old friend. I've come to talk with you again."

4. "Are You Lonesome Tonight” - Elvis Presley (1960). My favorite Elvis version is the live one where he forgets the lines in the recitation. On April 4, 1960, Elvis recorded two takes and then, dissatisfied with what he heard, requested the song be ditched. When producer Steve Sholes refused, Presley tried it once more. That third take became the master for the single. RCA executives thought the song did not fit Elvis' style. In 1992, it was certified double platinum.

3. “All by Myself” - Eric Carmen (1975). Carmen said "There's not nearly as much fuel in being happy as there is in being miserable. Being miserable is a great catalyst for songwriting.” An interesting twist on being alone and miserable.

2. "I'm So Lonesome I Could Cry" (1949) - Hank Williams. Elvis introduced it by saying, "I'd like to sing a song that's probably the saddest song I've ever heard." Hank sang it with unshakable conviction. I've never heard a robin weep, but imagining it makes me sad.

1. "Alone Again (Naturally)” - Gilbert O’Sullivan (1972). From the singer contemplating suicide after being left at the altar by his deserting bride to telling about the death of his parents. He ends up saying, "We may as well go home, as I did on my own. Alone again, naturally." It sold 2 million copies and spent 6 weeks at the top.

Email ThisBlogThis!Share to TwitterShare to FacebookShare to Pinterest
Labels: Ain't No Sunshine, All By Myself, Alone Again Naturally, Are You Lonesome Tonight, Beatles, Eleanor Rigby, Elvis, Hank, Hard Times, I'm So Lonesome I Could Cry, Lonely People, One, Sound of Silence