The Night Before Christmas With Steve Lawson

'Twas the night before Christmas when all over Facebook, not a member was posting, not even a look. The folks with computers were sitting in chairs in hopes that their weatherman would soon be there. When up on the screen there arose such a clatter, I spit Coke all over the place, what on earth was the matter.

I signed into Windows and quickly I dashed to open up YouTube and watch Johnny Cash. Keith Moon on drums with the Who, Hall & Oates, Dave Letterman and Paul Shafer on the late night TV show, when what to my wondering eyes should appear but Fleetwood Mac, I had nothing to fear.

There was an old, old drummer, so lively and quick, I knew in a moment the singer was Stevie Nicks. With more harmony than the Eagles, the Beatles they came and I whistled and shouted and called them by name:

"Now George! Now Ringo!
Now Paul and John, too!
And the 5th one, Billy Preston!
Oh, and Brian Epstein can't forget that dude!
To the top of the charts!
To Royal Albert Hall!
She Loves You, Yeah, Yeah, Yeah
John, George, Ringo and Paul!"

Well, I grabbed a Twinkie as I heard on the roof, the shingles were dancing, it was the wind you goof! I put down my laptop after turning down the sound, in came Steve Lawson, he was back from town.

He was dressed like a drummer from his head to his foot. I started to leave but he said stay put. A bundle of drum sticks he had flung on his back. He looked like the drummer from the rock group, The Knack.

I choked on that Twinkie when he sang Chuck Berry, he sang Guns N Roses right after Peter, Paul and Mary! He had a crumb on his face and a smudge on his belly, then he asked me if I, too, wanted a peanut butter and jelly.

He wasn't chubby or plump, more like an elf on the shelf, and I laughed when I saw him, then spilled Sprite all over myself. A blink of his eye and a twist of his head soon gave me to know he was out of bread.

He said a few words, then went straight to work on a can of pop, he was a soda jerk. After taking a tissue and blowing his nose, he unplugged his iPod, then out the door he goes.

As he left he sang to a beat while I whistled. It sounded pretty much like a bear in a thistle. Then I heard him exclaim as he drove out of sight, here's the weather you all, it's gonna be a good night! 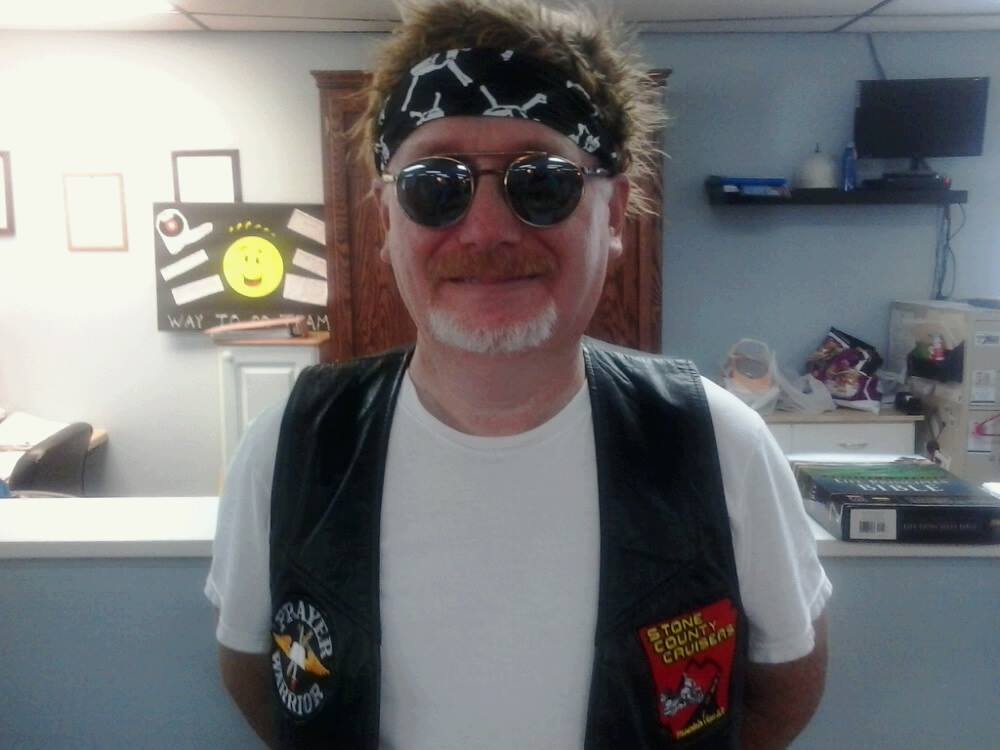