A Short Bio Of Thomas Wood 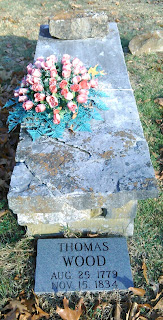 Thomas Wood was born on Aug. 5, 1779. He grew up on his fathers farm in Washington County, North Carolina (later Tennessee). At age 18. he served in the state militia. Afterwards, he accompanied his brothers, William, Samuel, John and George to a new life in Kentucky. He recorded 200 acres on Spring Creek, near present-day Albany, on December 18, 1798. He worked as a chain carrier on important surveys done by his brother, William. When his father died in 1800, Thomas returned to Washington County to take care of family matters. While there, he met his future bride, Mary Bayless. After marriage, they joined Thomas' brothers in Kentucky. 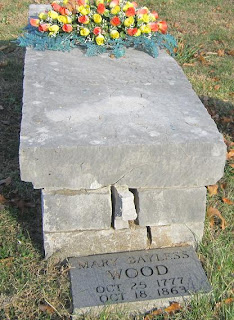 Thomas and Mary joined Clear Fork Baptist Church by letter in February of 1804. Thomas took an active part and filled in as church clerk when his brother, William, was in Frankfort serving in the State Legislature. Thomas was appointed deacon in July of 1811. Over the next two decades, Thomas faithfully served in his church. Then, in 1834, he went to Illinois to visit his brothers, James and Samuel. While there, he bought 160 acres intending to relocate. But, upon returning to Kentucky his boot rubbed a blister on his foot, resulting in blood poisoning that caused his death eight days after returning home. 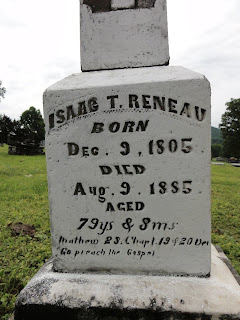 Thomas' daughter, Mary, was the wife of well-known preacher, Isaac Tipton Reneau. Before he became a preacher in 1835, Reneau taught school at Clear Fork. He started doing that in 1830. 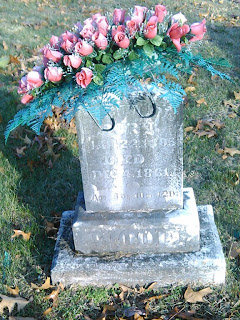 Thomas' son, Reuben Wood, was murdered by Champ Ferguson during the civil war. It happened on December 1, 1861 at Wood's home. Ferguson shot Reuben in his stomach, but Reuben was able to go inside his house, where he grabbed a hatchet. The two men scuffled for several minutes. At one point, Ferguson dropped his pistol onto a bed, where it got lost in the covers. Ferguson ran from the house leaving the wounded a wounded man behind. Reuben Wood died three days later on December 4, 1861.