My Performance With Percy Sledge 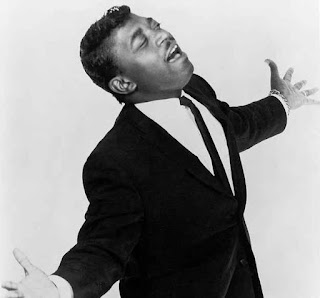 Southern soul and R&B singer, Percy Sledge, died April 14, 2015 at the age of 73. I was his organ player for one night several years ago when I played with the group, Hy-Tyde. We played his monstrous hit, "When A Man Loves A Woman," three times during his set that evening. Each time, he would look over at me and shout, "Play that oh-gan, play that oh-gan" and I would rip off a big solo. It is something I will never forget.

Percy's agent sent us a set list, along an audio copy of it and in two weeks we had his show worked up. I brought in David Johnson, who was Cumberland County High School Band Director at the time, to play trombone. He, in turn, brought in a saxophone player he knew who lived in Champaign, Illinois. I can only recall his first name, which was Bill. He didn't earn enough money that night to pay his gas bill even one way. I gave him my cut and so did David and one of the other band members, which still wasn't enough. I remember him saying that the money was not an issue. He would be traveling back to Illinois and for the rest of his life, his horn-playing friends, his regular band members, would be in awe of their buddy who received a call to play a gig with the legendary Percy Sledge. A trumpet playing friend of David's was also supposed to play with us, but he didn't show up.

When Percy arrived and saw we had horn players, he said most of his songs would have to be transposed to B flat for the horns' sake. It was a very last minute notice. We didn't have time to transpose the entire list. So, to make sure we could pull it off, I asked David to play guitar. He was a master guitar player and, with his experience as a band director, I knew he would be able to get us through the last minute changes. It was easy for me because the master tune settings on my keyboards could be altered to go along with the key changes.

That evening, Percy gave the standing room only crowd their money's worth and then some. He wore a black tuxedo with a white jacket and, like Elvis, several scarves around his neck. We wore all black. He was amazing. About midway through his set, a lady standing in front of the stage grabbed one of the scarves from around his neck and it quickly disappeared inside the top she was wearing. Without missing a beat, Percy's hand went in and retrieved the scarf. He told us prior to the concert that we would play his signature song, When A Man Loves A Woman, three times because he wanted the crowd to enjoy hearing him sing it. The song is considered an anthem among love songs, probably THE anthem. I was beyond thrilled that he would look over at me each time we played it and say, "Play that oh-gan, play that oh-gan!" It was a night to remember for all of us.

The songs in the set list that night were:


When a Man Loves a Woman (3x)
Take Time to Know Her
Warm and Tender Love
It Tears Me Up
Cover Me
Out of Left Field
Just Out of Reach
My Special Prayer
Dock of the Bay
A Whiter Shade of Pale
Dark End of the Street
I Still Miss Someone
Help Me Make It Through The Night
You Had to Be There
You're All Around Me
Ave Maria
A Whiter Shade of Pale
Baby, Help me

For the record, the first time I ever played "A Whiter Shade Of Pale" in public was with Percy Sledge singing it.

After the concert was over, I rode home on cloud nine. I had fronted several big-named artists but none as big as the legendary Percy Sledge. I found out later that after the show, Percy had invited several people who were hanging around to come to his motel room. The story told to me was that everyone was sitting in his room listening to Percy's stories, when someone brought out a jug of moonshine and it began circulating around the room, except when it got to Percy, he kept it. I had heard that he had a bit of a drinking problem. Percy, who lived in Memphis, started talking about another legend who lived across town. His name was Elvis Presley. Elvis' apparent abuse of prescription drugs came to light when he died in 1977. Well, the more moonshine Percy drank, the more emotional about Elvis he became. Soon, he was crying. His emotions reached their peak when he proclaimed: "If I had only gone over to Graceland more often, I might have made a difference." Sorry, but If I had been there, I would have not been able to contain myself and would have bursted out laughing.

So anyway, there you have the story of my night with the Southern soulster, the great Percy Sledge.

Email ThisBlogThis!Share to TwitterShare to FacebookShare to Pinterest
Labels: Atlantic Records, Percy Sledge, When A Man Loves A Woman