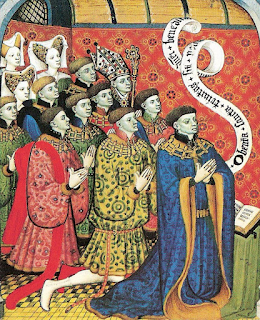 Sir Ralph Neville of Durham, England, lived from about 1392 to 1458. An English nobleman of the House of Neville, he was 1st Earl of Westmorland and 4th Baron Neville of Raby.

His magnificent alabaster tomb at St. Mary's at Staindrop has been termed the finest sepulchral monument in the north of England.

The Earl of Westmoreland is portrayed in Shakespeare's Henry IV, parts 1 and 2, and in Henry V.