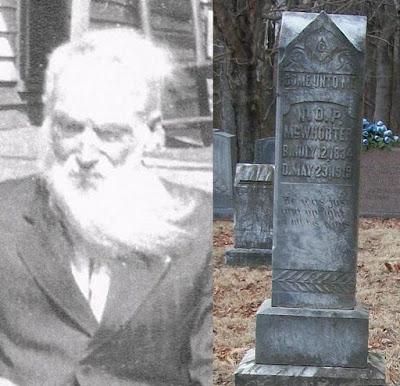 William Oliver Perry McWhorter, who lived at Cartwright, Kentucky and eventually operated a general store there, attended the 1876 Philadelphia Exhibition. On his way home, he visited the tomb of George Washington at Mount Vernon, Virginia, and while he was there, picked up a walnut that had fallen from a tree, which cast its shadow over the tomb. A story in the Dec. 11, 1901 edition of the Louisville Courier-Journal said that, when he arrived back home in Clinton County, Wop (as he was known) planted the nut, which grew into a fifty foot high tree. William Oliver Perry McWhorter was born in 1834 and died in 1919. He is buried at Cartwright Cemetery.