"If my people, which are called by my name, shall humble themselves, and pray, and seek my face, and turn from their wicked ways; then will I hear from heaven, and will forgive their sin, and will heal their land." 2 Chronicles 7:14.

How many times over the past several weeks, months or longer have you heard someone quote that Bible verse, or seen it, or read it somewhere? I can say I have heard it repeatedly for a while now. Even in my own Church, my Pastor has quoted it quite often lately. As I've already said, Tuesday's election will not fix America's problems. Chuck Colson, who was chief counsel for President Richard Nixon from 1969 to 1973 and who now runs a prison ministry, said "As a country, we face many challenges that neither the President nor any government on earth will have the power to overcome without divine aid. No matter who you voted for in Tuesday's election, now is a good time to remember the words of the apostle Paul: "I exhort therefore, that, first of all, supplications, prayers, intercessions, and giving of thanks, be made for all men; For kings, and for all that are in authority; that we may lead a quiet and peaceable life in all godliness and honesty. For this is good and acceptable in the sight of God our Saviour;" (1 Timothy 2:1-3). 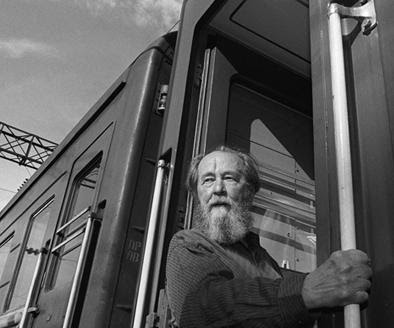 How did America come to reach the point it is at now? After the Russian revolution, novelist, historian and Nobel prize winner Alexandr Solzhenitsyn said, “I recall hearing a number of older people offer the following explanation for the great disasters that had befallen Russia: Men have forgotten God; that's why all this has happened.” Has America forgotten God? Our country was founded on the belief that man is created in the image of God. Without knowing that, our founders never would have recognized the unalienable rights to life, liberty, and the pursuit of happiness. 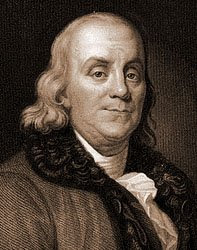 Benjamin Franklin, when he stood before the Constitutional Convention to call on the assembly to unite in prayer, said: "To that kind Providence we owe this happy opportunity of consulting in peace on the means of establishing our future national felicity. And have we now forgotten that powerful Friend? Or do we imagine we no longer need His assistance? I have lived . . . a long time, and the longer I live, the more convincing proofs I see of this truth—that God Governs in the affairs of men. And if a sparrow cannot fall to the ground without His notice, is it probable that an empire can rise without His aid? We have been assured, sir, in the Sacred Writings, that “except the Lord build the house, they labor in vain that build it.” I firmly believe this; and I also believe that without His concurring aid we shall succeed in this political building no better than the builders of Babel."

As my Pastor said, "We, ourselves, are responsible for the shape America is in. Instead of worshiping God, we’ve worshipped false idols." He is right. We’ve put our own appetites over our duties to God and neighbor. During Church tonight, I was thinking, "Just because the election is over, doesn't mean that Christians are supposed to stop praying, or turn a blind eye to what is going on in our country." Like Colson said, this is a time to repent and to pray more. It’s a time for Christians to lead, encourage and minister to a faltering country in a faltering economy.


This is a time to hunger for God.


"All that is necessary for the triumph of evil is that good men do nothing."