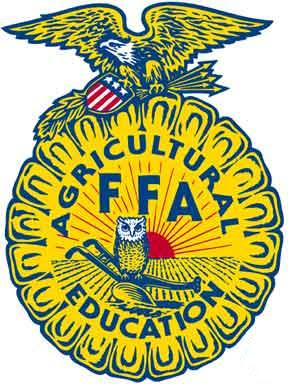 I remembered the creed alright. I was my high school's Future Farmers of America creed contest champion for 1973-1974. I don't remember how many students competed in the contest, but it came down to my friend, Kenneth Hestand, and myself. FFA members in the upper classes served as judges and they could not make up their mind, so I had to recite the pledge like four times. Nervousness had turned into pressure, which had turned into anxiety and by the fourth round, I didn't care if I won or not, and began encouraging Kenneth. Well, I ended up winning the contest, but looking back on it, it really wasn't that big of a deal for me, and I should have recognized it then. I only competed to please the teacher.

One of the first activities of new FFA members was to memorize the creed. I remember learning it. Little did I know at the time that I would end up in such an ordeal as having to recite it so many times. My teacher had encouraged me because of my broadcasting heritage. I had grown up in radio. The FFA Creed was written by E.M. Tiffany and adopted at the 3rd National Convention of the FFA just after the turn of the 20th century. The short five paragraph pledge has transformed many a shaking, nervous freshman into a confident and articulate FFA member. Me, I was only in the Future Farmers of America for one year. For what its worth, I remember the shaking and being nervous part, but by the time the fourth round came, it had become pure aggravation. I recited the creed so much that one day, I could have probably spoke it backwards.

I believe in the future of farming, with a faith born not of words but of deeds. Achievements won by the present and past generations of agriculturists; in the promise of better days through better ways, even as the better things we now enjoy have come to us from the struggles of former years.

I believe that to live and work on a good farm, or to be engaged in other agricultural pursuit, is pleasant as well as challenging; for I know the joys and discomforts of agricultural life and hold an inborn fondness for those associations which, even in hours of discouragement, I cannot deny. I believe in leadership from ourselves and respect from others.

I believe in my own ability to work efficiently and think clearly, with such knowledge and skill as I can secure, and in the ability of progressive agriculturists to serve our own and the public interest in producing and marketing the product of our toil.

I believe in less dependence on begging and more power in bargaining; in the life abundant and enough honest wealth to help make it so--for others as well as myself; in less need for charity and more of it when needed; in being happy myself and playing square with those whose happiness depends upon me.

I believe that rural america can and will hold true to the best traditions of our national life and that I can exert an influence in my home and community which will stand solid for my part in that inspiring task.