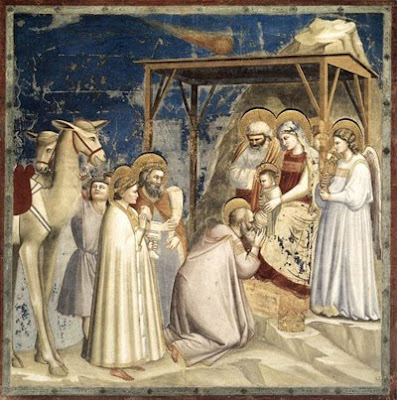 John Francis Wade was hounded out of England in 1745. He was a Roman Catholic layman in Lancashire and because of persecution arising from the Jacobite rebellion he and others fled to France and Portugal.

But how would he support himself? In those days, the printing of musical scores was cumbersome, and copying them by hand was an art. So Wade, took a job teaching music in the famous Roman Catholic College and Ministry Center in Douay, France. He became renowned as a copyist of musical scores. His work was exquisite.

In 1743, the 32-year-old Wade had produced a copy of a Latin Christmas carol beginning with the phrase Adeste Fidelis, Laeti triumphantes. At one time historians believed he had discovered an ancient hymn by an unknown author, but most scholars now believe Wade himself composed the lyrics. Seven original hand-copied manuscripts of this Latin hymn have been found, all of them bearing Wade's signature.

Wade passed away on August 16, 1786, at the age of 75. As time passed, Catholics who had fled began returning to Britian and they carried Wade's carol with them. After mor time had passed, one day Rev. Frederick Oakeley came across Wade's Latin Christmas carol. Being deeply moved, he translated it into English and O Come, All Ye Faithful was born - written and translated hundreds of years apart by two men, writing in two different nations to bid us come, joyful and triumphant, and adore Him born the King of angels.

O Come, let us adore Him, Christ the Lord 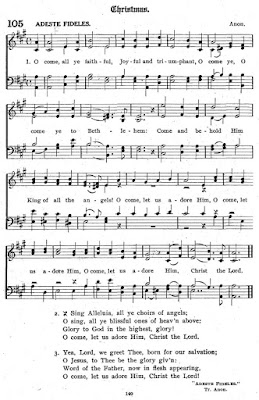