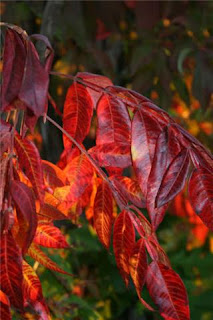 "What is the real good?"
I ask in a musing mood.
"Order," said the law court;
"Knowledge," said the school;
"Truth," said the wise man;
"Pleasure," said the fool;
"Love," said the maiden;
"Beauty," said the page;
"Freedom," said the dreamer;
"Home," said the sage;
"Fame," said the soldier;
"Equity," said the seer.
Spake my heart fully sad:
"The answer is not here."
Then within my bosom,
Softly this I heard:
"Each heart holds the secret:
'Kindness' is the word."

From Leaves of Gold, an anthology of prayers, verse and prose(1948, Coslett Publishing). My copy is from the twelfth printing in 1963.

About the author:
Born in Ireland, John Boyle O'Reilly was employed as a printer for the "Drogheda Argus," and on the staff of "The Guardian", Preston, England. Believing that Ireland's grievances could only be redressed by physical force, he joined the Fenian movement only to be betrayed to the authorities and duly court-martialed. On account of his extreme youth, his life sentence was commuted to twenty years penal servitude in Australia. In 1869, O'Reilly escaped from Australia and fled to America.  A year later, he became editor of "The Pilot" in Boston. His first volume of poems was published shortly thereafter.