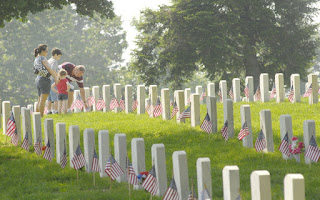 Ye that mourn, let gladness mingle with your tears. It was your son, but now he is the nation's. He made your household bright: now his example inspires a thousand households. Dear to his brothers and sisters, he is now brother to every generous youth in the land. Before, he was narrowed, appropriated, shut up to you. Now he is augmented, set free, and given to all. Before, he was yours: he is ours. He has died from the family, that he might live to the nation. Not one name shall be forgotten: or neglected : and it shall by and by be confessed of our modern heroes, it is of an ancient hero, that he did more for his country by his death than by his whole life."