In Memory of a Legend

I started in radio in the spring of 1976 and was blessed to work with or be close to many legendary on air personalities and radio executives around the area. People like my grandfather, Cecil Speck, my uncle, Wallace Allred, my dad, Darrell Speck, Welby and Mae Hoover, Elmer Goodman, Ray Mullinix, Eddie Neal, Bob Glover and Eddie Paul Coop. And then, after a couple of decades I started having to write most of their obituaries. Writing obits was part of my job, but what had been routine became difficult when I found myself writing them for the very people I had worked with and idolized. Today, I wrote one more and it was hardest of all. Hard because Sid Scott was like a second father to me. Hard because his passing marks the end of an era that I was not ready to shut the door on. 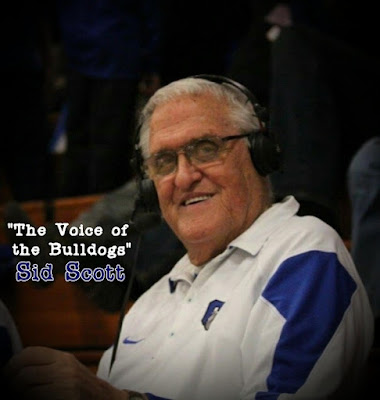