Sports Announcers I Grew Up With: Pat Summerall 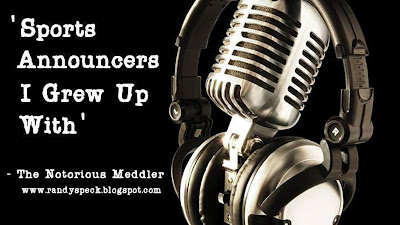 Pat Summerall was born on May 10, 1930 at Lake City, Florida. He died in Dallas Texas on April 16, 2013 at the age of 82. Summerall was a football star at Lake City. His position was place kicker. He played college football at Arkansas and was drafted into the NFL during the 4th round in 1952. He spent one year with the Detroit Lions, four years with the Chicago Cardinals and three years with the New York Giants. He was later named to the Florda High School Athletic Association's All-Century Team.

After retiring from football, Summerall joined CBS as a color commentator. He also worked for Fox and ESPN. In addition to football, he also announced major golf and tennis events. All total, he announced 16 Super Bowls on TV (more than any other announcer), 26 Masters Tournaments and 21 US Opens. He also contributed to 10 Super Bowl broadcasts on CBS Radio as a pregame host or analyst. 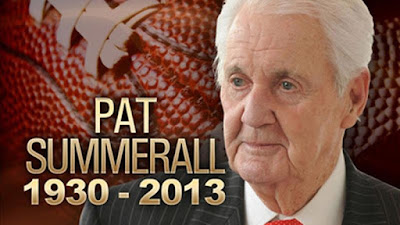