Living In The Land of the Free Because of the Brave 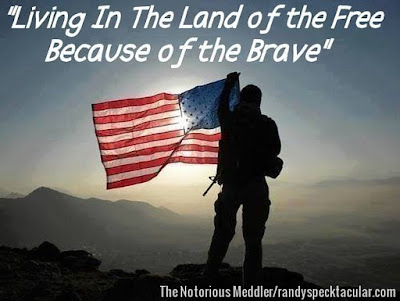 73 years after the fact, one Clinton County, Kentucky soldier receives the Medal of Honor, the nation's highest military decoration awarded for gallantry and bravery at the risk of life above and beyond the call of duty. Ten days later, the remains of another Clinton County, Kentucky soldier are identified 68 years after being declared Missing in Action. One soldier was willing to lay down his life for his country, the other one did.

Is it ironic or by grand design that the events involving 1st Lt. Garlin Murl Conner and PFC Joe Stanton Elmore happened around the 4th of July celebration? Either way, one thing is true, we are a blessed people who have a lot to be thankful for. Has it ever been more apparent than now?

Former CCHS Football Coach George Hatcher used to say, "It's a great day to be a Bulldog." Today, it is a great day to be a Clinton Countian. One drive through town and you see those beautiful patriotic banners hanging atop the light poles. Many more banners will eventually take their place. There are a lot of veterans in our county and each one deserves our respect and gratitude. God bless all of them!

Lt. Conner, PFC Elmore and all of our other great veterans were willing to lay down their lives, to pay the ultimate sacrifice so that we might enjoy freedom in America. Now, perhaps more than ever, we realize that we really are living in the land of the free because of the brave.