PFC Joe Elmore Is No Longer Missing in Action

PFC Joe Stanton Elmore of Albany was a member of Company A, 1st Battalion, 32nd Infantry Regiment, 7th Infantry Division. He was listed as Missing in Action during the Korean War, while fighting the enemy during a battle on December 2, 1950 along the Chosin Reservoir on the Eastern Shore of North Korea. His remains were never recovered and he was officially presumed dead on December 31, 1953.

Joe was born in the Neathery community of Clinton County on Jan. 27, 1930, the son of Ambrose and Bertha Lee York Elmore and brother of Edgar, Lester, and David Elmore, Mary Bowlin and Lola Mae Smith. The family later moved to the Seminary community. All of his siblings are deceased, except for Mary, who is now 83. She was 15 when Joe went missing.

In the 1990's, Mary and Lola participated in the Korean War Missing DNA Project. Lola passed away in 2012. Mary went to a meeting in Louisville in May of this year and out of 200 families she was the only one that they talked to. They had 99.9% confirmation that day.

"100% confirmation was made at 4:30 Thursday afternoon, July 5th," said Mary's daughter, Debbie Jo Bowlin of Bowling Green, who was named after her late uncle. She said she got a call to come to her mothers home as soon as possible after work. "I have good news, they found Joe," she said. It turns out that Joe's unknown remains have presumably been held somewhere in Kentucky since 2013, maybe at Ft Knox. More information will be released at a briefing to be held soon.

Debbie Jo and the entire family are praising the confirmation of her uncle's remains. "Our entire family is shocked and surprised by this. My mother finally has closure," she said. According to her, a full military funeral is expected to be held soon. A memorial marker has been in place at Story Cemetery since the 1980's. Now, after all these years, the remains of Joe Stanton Elmore can finally rest in peace there, with his parents and siblings.

More than 7,800 Americans remain unaccounted for from the Korean War. Around 200 are from Kentucky. The Korean War Project first appeared online in 1995. It boasts the most comprehensive public database of war casualties available to the public. Hopefully, because of supposedly improved relations on North Korea's part with the United States, many of the MIA's now resting in North Korea and the DMZ are expected to be repatriated to the United States. It is with great hope that many of these remains may be identified in the future through DNA analysis. 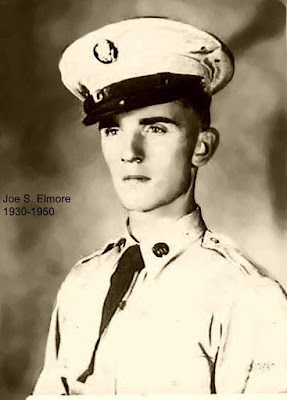