Wow! What A Woman! 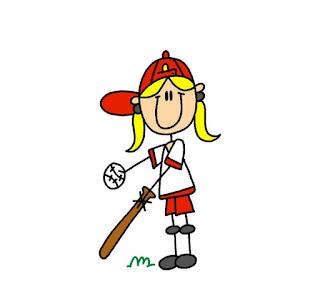 A good friend once said, "Little moments are what builds the foundation that sustains our lives."

Did you ever wonder why a child is sometimes able to speak with great wisdom?

I think God allows that to happen to us to help us gain truths that we otherwise might overlook as adults with our clouded views. I'm glad God chooses sometimes to use the pure at heart to help us to see things as they really are.

What I am about to tell you is one of those moments. It's a story about baseball, and it's also a tale that helped me see the true value of a woman.

If you are a mother, this story is dedicated to you...

J.D. was having a baseball game and, just as he was about to come to bat, I arose from my seat and walked down to stand behind the backstop. I wanted to be near the on-deck circle so I could "help" him at the place. Well, it worked, or at least I like to think it did, as J.D. stepped up to the plate and, on the first pitch, hit a line drive between first and second base. The ball hit the ground and then rolled all the way to the homerun fence. It was a great hit, and I was grinning from ear to ear.

Little did I know that what was about to happen would be something that I will never forget as long as I live.

You see, when J.D. hit the ball there was a runner on first base. She was 6-years-old, with long blonde hair, which was gathered up in a ponytail. After watching the ball roll to the right field fence, she took off toward second. She completely circled the base, jumped up and down on it a couple of times, and then proceeded to run toward third as fast as she could run.

The crowd roared with delight when they saw the third base coach waving her on toward home.

Simply put, the scene was intense.

I was so caught up in the moment that I had almost forgotten about J.D., stumbling along somewhere near second base. The little girl rounded third and, without much hesitation, and a lot of encouragement from the third base coach, she pressed on My eyes, and the eyes of every single person in the stands, were on her and her every move. What would she do? What was going to happen next?

With pure grit and determination that little girl never flinched! The fans were screaming with excitement and anticipation. My own heart was beating like a drum. I had expected her to turn and run back to third and push J.D. off the bag or something funny like that. Instead, she did what any six-year-old baseball player would do at the beckoning of her coach -- she started sliding into home plate. It wasn't your typical, ordinary every day slide. No, No, it was a long slide that seemed to last forever, or perhaps it was in slow motion. I really can't say because while I was making eye contact with J.D., acknowledging his excitement for such a great hit, at the same time my thoughts were on that little girl, sliding into home with all her might.

I was afraid to watch! I was afraid of her getting hurt in the slide. I realized that the baseball was going to arrive at home plate at the same time as the little girl. I braced for a possible collision.

But, you know, that's the thing about baseball: The sliding-into-home.....the big score.....the excitement of the fans, players and coaches! I had to open my eyes. I just had to watch....I opened my eyes in time to see the ball land inside the catchers glove. Oh no!

What happened next is something I will never forget.

My 5-year-old son, Elijah, had joined me behind the backstop just has J.D. stepped up to the plate. I looked down at him and he was standing there clutching the wire fence with one hand, and holding a hotdog in the other. Although he was aware of what was happening on the field, he spoke not a word as his main focus appeared to be that hot dog -- or at least that's what I thought.

It all happened so fast, but what I remember most is.....

that little girl's 'BIG' slide across the plate, the crowd roaring in approval as the umpire yelled

and Elijah, with a mouth full of hot dog, LOUDLY proclaiming.....