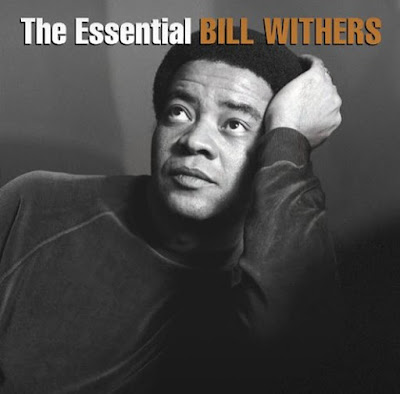 Bill Withers is one of my favorite singers and songwriters ever. I was always spellbound by his songs. Each tune had a way of speaking to me. He wrote about love and family, of social issues, and about hard times. But, his songs also contained lots of positive vibes. He was extremely soulful, and I liked that about him. “I’m not a virtuoso," he said, "but I was able to write songs that people could identify with. I don’t think I’ve done bad for a guy from Slab Fork, West Virginia."

Bill Withers was a factory worker making toilet seats for 747's when he wrote "Ain't No Sunshine When She's Gone." Instead of a third verse he repeated the phrase "I know" twenty-six times. My first thought on hearing it was "what in the world?" but whatever he did in his songs, and however he'd do it, always worked.

Sometimes in our lives we all have pain and we all have sorrow. But, if we are wise we know that there's always a tomorrow, a better day coming. Those words (with some of my own mixed in) made up the first verse to one of the greatest songs ever written.

Lean on me, when you're not strong
And I'll be your friend
I'll help you carry on
For it won't be long 'til I'm gonna need
Somebody to lean on

Lean On Me” is a simple song. It is a love song, but by no means is it a standard love song. It’s a pledge of friendship and support through bad times. Getting those words across to people was the most important part of the song. Like, "Hey friend, if you need anything I just want you to know I am here for you." Someone said the song was a vision of how things are supposed to work.

Life has its difficult moments. Sometimes, it is hard to go it alone. Sometimes it helps to have someone or others to lean on, figuratively speaking right now, of course. Of all the hits Bill Withers had during his career, “Lean On Me” was his only #1 hit, but oh what a song, and what words! "Lean on me when you're not strong and I'll be your friend, I'll help you carry on." Simply profound.

Bill's first hit record was in 1972. He retired from releasing records and playing live a short fifteen years later. Yet, he lived happily. That's really all that mattered.

Bill Withers died from heart complications today. He was 81. He gave us joy and comfort, and inspiration, when we needed those things most.

"The Essential Bill Withers" is a 34-track anthology released in 2013 that features all of his notable singles, along with other highlights from his albums on the Sussex and Columbia labels from 1971 through 1985.

I highly recommend it.

Click the link to listen to "Lean on Me" https://youtu.be/fOZ-MySzAac