Influential Albums: Let it Be 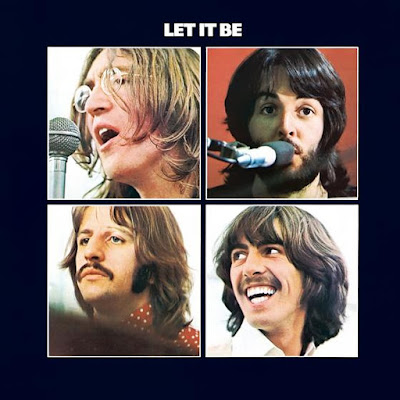 "Let It Be" was the twelfth and final studio album by the Beatles. It was released on May 8, 1970. I fell in love with the title track the moment I first heard it and, even though I was only nine years old, I desired to learn how to play the title track on the piano. After I worked it up I talked two of my classmates, who lived on the same street, into singing it in Margaret Cook's music class at school.

The next day, I uncharacteristically raised my hand and asked if we could do the song. I don't remember ever going out on a limb like that again, hahaha. She surely had to be curious about my forthrightness because, normally in that classroom I was happy with playing the sticks or, if I was lucky enough to be chosen, shake the tambourine. I didn't have any sort of music or chord arrangement written down in front of me. It strictly by ear. The only thing we did have were the lyrics, which I had written on a piece of paper that had been folded into a small square and stuffed inside my pants pocket.

We were midway through the second verse when I caught a glimpse of this cute little girl, with long black hair in pigtails, walking toward us. I thought she was coming to help my buddies sing, but instead she stopped in front of the piano and leaned over to watch me play. It was at that very moment that I realized what I wanted to do the rest of my life. I had discovered a way to pick up girls. Later, people actually started giving me money to play. That really threw me for a loop, but I went along with it.


"When I find myself in times of trouble
Mother Mary comes to me
Speaking words of wisdom, let it be

And in my hour of darkness
she is standing right in front of me
Speaking words of wisdom, let it be