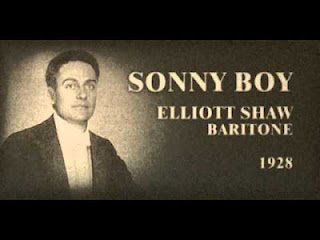 
The Revelers' recordings of "Dinah", "Old Man River", "Valencia", "Baby Face", "Blue Room", "The Birth of the Blues" and many more, became popular in the United States and then Europe in the late 1920s. All of the members had recorded individually or in various combinations, and formed a group in 1925. Other members, besides Shaw, were tenors Franklyn Baur and Lewis James, bass Wilfred Glenn, and pianist Ed Smalle, who was later replaced by Frank Black. The group appeared in a short movie musical, The Revelers (1927), filmed in the sound-on-disc Vitaphone process. This one-reel short film, recently restored by "The Vitaphone Project," shows the group performing "Mine", "Dinah", and "No Foolin'". A second short, filmed the same day with another three songs, awaits restoration. The Revelers were stars on radio and in vaudeville, as well as in the recording studio. On radio they were regulars on The Palmolive Hour (1927–31). They had a recording contract with Victor (later RCA Victor) but made extra money by moonlighting under pseudonyms for other labels (such as "The Singing Sophomores" on Columbia Records and "The Merrymakers" on Brunswick Records). The Revelers were inducted into The Vocal Group Hall of Fame in 1999.

Listen to recordings of Elliot Shaw, and other early recording artists, by visiting the Cylinder Preservation and Digitization Project at the University of California at Santa Barbara.