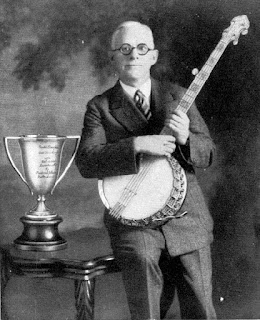 Fred J. Bacon was born in Holyoke, Massachusetts in 1871. He studied five-string classic-style banjo under Alfred A. Farland and by the late 1890's, he had established himself as a celebrity for his banjo performances. He made numerous recordings for different record companies, such as Edison and Victor.

Bacon started the Bacon Banjo Company in 1906 in Forest Dale, Vermont, where Bacon lived. “The banjo is the greatest of musical instruments when it is played well,” he said. “In tone quality it is very much like the harp, and its flexibility of playing is unexcelled, for in the hands of a skilled player it is as good for classical music as for dance tunes. It is the only original American instrument, and is coming into its own as the greatest of them all.”

The Bacon Banjo Company was widely regarded as one of greatest of the classic pre-war banjo manufacturers. At first, the company sold banjos made in Bacons own workshop at Forest Dale. In 1920 the company moved to Groton, Connecticut. Later, the company changed name to The Bacon Co., Inc.
In 1922 David L. Day joined the company and after that several of the banjo models were sold under the Bacon & Day or B & D brand names. In 1938 the Bacon factory was destroyed in a fire and production was taken over by Gretsch who bought the company two years later. Gretsch kept making banjos under the Bacon brand until mid-1960s. Today Gretsch is owned by Fender who presumably still owns the rights to the Bacon brand name although no instruments have been sold under it since 1970.


To listen to recordings by Fred J. Bacon, or other early recording artists, visit the Cylinder Preservation and Digitization Project at the University of California at Santa Barbara.