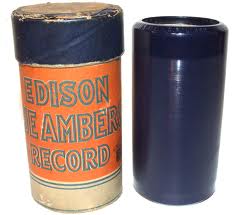 George Wilton Ballard (1887-1950) was one of Edison's most popular tenors. He began recording in 1910 on US Everlasting cylinders. His first performance for Edison was released in 1914 on Blue Amberol cyliner #2150. Subsequent performances were released on about 70 cylinders and a similar number of Diamond Discs. He retired from studio work in 1923. His last Edison recording released in 1926 was recorded several years before its release. Ballard teamed up with singer Helen Clark to record some very memorable duets.

To listen to recordings by George Wilton Ballard, or other early recording artists, visit the Cylinder Preservation and Digitization Project at the University of California at Santa Barbara.