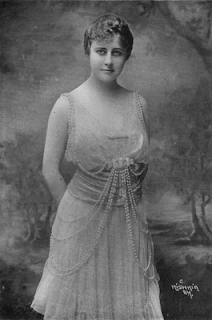 Anna Case was an American soprano born on October 29, 1888. She recorded with Thomas Edison, who used her voice extensively in "tone tests" of whether a live audience could tell the difference between the actual singer and a recording. She also made recordings for Diamond Records, RCA Victor, Vitaphone and Columbia Records. She was born on October 29, 1888 in Clinton, New Jersey. She sang in the American premiere of Boris Gudonov in 1913 at the Metropolitan Opera. She retired in 1930. In 1931 she married ITT Corporation executive Clarence Mackay. She died on January 7, 1984 in New York City and left her 167.97-carat (33.59 g) Colombian emerald ring and Boucheron necklace to the Smithsonian Institution.
To hear recordings by Anna Case, or other early recording artists, visit the Cylinder Preservation and Digitization Project at the University of California at Santa Barbara.
at July 27, 2012